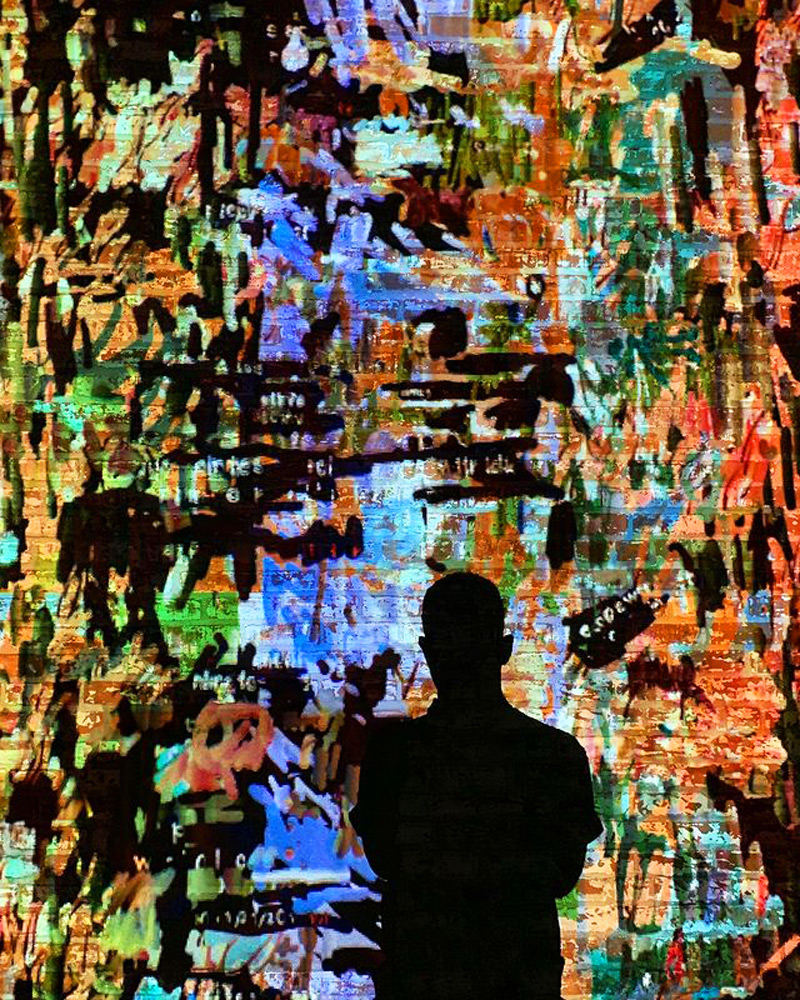 Frank Lepkowski explores the role of modern technology in society, both in his subject matter and his artistic process. He builds software and web applications that rely on human touch as the primary form of interaction. Intertwining these digital tools and analog techniques, he creates maximalist, multi-layered compositions that reflect the noise and stimuli of the digital age.

His work has been commissioned publicly by Louis Vuitton, Takoi and Complex Media. He is a recipient of the 20/20 Emerging Artists Fellowship through Playground Detroit and the Knight Foundation. His work has been featured in Complex Media, Acclaim Magazine and Oyster Magazine. He has mounted solo and two-person exhibitions at Playground Detroit (Detroit, MI), LVL3 Gallery (Chicago, IL), and Skylab Gallery (Columbus, OH) and has shown his work internationally in group shows.

He is a special lecturer in Oakland University’s department of Art and Art History.

U Up?, KO Gallery, Hamtramck, MI

This Graphic Designer Created the Hip-Hop Emojis You Need in Your Life, Complex

Look At All These Hip Hop Emojis, Oyster Magazine